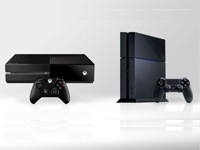 Always on line no more

Microsoft has confirmed that you will not be required to be online to play single player games. After you complete a onetime set up after the un-boxing you will never have to connect with the Xbox servers again just as with the Xbox 360. There is no 24-hour check in required to play your games.

Used games are now allowed along with game sharing:

Microsoft has announced that they are ditching the restrictions on sharing and playing used games. Players will now be able to lend friends games and trade them into many retailers just as it's done today on the Xbox 360. There are no longer any licenses to deal with. It is now just plug and play as they say.

Does this change your mind on the Xbox One or are you still behind the PS4. As of this writing the PS4 have been beating the Xbox One in pre-orders across the board. What are your thoughts on the subject? Will you buy into Microsoft’s change of heart or will you stand by your PS4 pre-orders? Only time will tell if Microsoft’s decision will persuade gamers to buy the Xbox One.