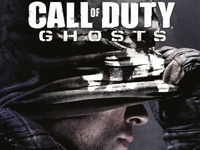 Besides having maybe a minute or so more of the game play shown during the event there were only a few things shown that highlighted the new engine that Call Of Duty: Ghosts will be running on. The two newest and downright coolest that were shown was a new way that they are handling bump maps and how they are getting smoother edges without harming the processing during live play. For the most part most you don't care, but I'm going to go into this a bit more.

First we have the bump mapping technique. This is the procedure used during game play that gives all of those pretty game models a 3D effect using just a basic 2D texture and altering the surface normals. This still is usually just a flat surface made to look 3D though. What was shown during the "extended demo" is the fact that the new engine actually alters the 3D models of the game instead of just giving the illusion. The example they showed was of a rock bed near a river. Normally you run up to it and it looks all nice and jagged until you are flush with it and you see it is a flat surface. The new engine here actually modifies the object using the same surface normals but this time it actually makes the rock formations stick out and in some cases cause a collision as you can't run through rocks.

All of this is done during game play and also scales based on the player's distance from the objects and view port. This should be read as the actual model deformation only occurs as the player gets closer and can see the level of detail that is being provided. It was quite jaw dropping to watch as they turned the functionality on and off during live play. This added a whole new depth to the game world. Pun totally intended.

Now for the polygon dissection process. As well all know everything in games consists of polygons when it comes to the visuals. Generally the more you have the higher quality the 3D model looks. Sometimes it is hard to actually get things looking perfect while loading the same asset multiple times; in this example, the scope of a gun. In the real world these are completely round. In the gaming world, not so much. This generally boils down to the fact that keeping a high resolution asset rendered during the game eats up a lot of memory. With the new technique for handling this, the new engine will actually dissect down the polygons of an item adding more in real time.

That means that, the scope in this case, begins and generally stays in a low polygon count when it is not focused by the player. Due to the distance away or being out of view it looks a bit blocky as we are used to. During the demo we got to see the engine, real time, dissect the polygons to a point when the scope became as perfect of a circle that it could get. As soon as it was removed from view it went back to its original polygon count. This was the example they used, but it will be the case throughout the entire game of Ghosts leading to smoother edges and a photo realistic view of the game's world. It was quite impressive and I can't wait to see what else is in store.

As I mentioned above, everything else that was shown during E3 was already let loose into the wild. Below we have included the All Access event if you want to see the levels, combat, and dogs again. I am still not sure as to why they have yet to show the rest of the world the engine tech as described above, but at least you get to see it running real time below.