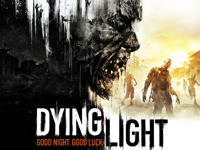 As mentioned in the title, there is a "free running" mechanic in place for starters. There isn't much detail on it as Dying Light is still in the early announcement stages but what is known is that it will allow us freedom of movement throughout the vast environments. I am guessing that this is not going to be anywhere like Mirror's Edge but hopefully it will reduce the number of times we get stuck trying to hop a short wall while being chased by a horde of zombies. It would be amazing to have the full range already shown possible by Dice but I am not going to hold my breath on that.

Another mechanic, that ties in to the game's title, is a Day/Night cycle for the environment. Nothing overly ground breaking from the basic sounds of it, but what should prove to be fun is the fact that at night enemies get tougher, stronger, and there is word of completely new enemies only at night. Also if you look at the screen shots below it looks like there is also some kind of use of light as weapon or at least a stunning attack.

That about covers all that has been released so far. Well outside of a 2014 release window but that is a massive window. Hopefully more details will get announced in the coming weeks of E3. Keep an eye out as we will update as we get information.