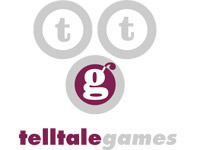 According to the Telltale's website, “Poker Night 2 is the unnecessary sequel to Poker Night at the Inventory! In the original game you played poker with a bunch of weirdoes for fame and fortune Team Fortress 2 items and the satisfaction of beating the odds.”

The original game had you playing against Max from Sam&Max, Strong Bad from Homestar Runner, The Heavy from Team Fortress 2, and Tycho from Penny Arcade. This time around you will be able to play against Max’s partner Sam, Claptrap from Borderlands, Brock Sampson from Venture Brothers, and Ash Williams from Evil Dead. To top off the roster, Mad Moxxi will be running the bar and GLaDOS, our favorite passive-aggressive evil computer from Portal, will be the dealer.

Two game modes will be available, the typical Texas Hold ‘Em and Omaha. As usual the player will be able to win signature items from each individual for certain games. You can unlock accessories for both Borderlands 2 and Team Fortress 2. These include Brock’s knife, Sam’s hat, Jack’s face, a dealer’s visor, and a GLaDOS skin for Zero in Borderlands 2.

In a surprise move, the game will be released for PS3 and Xbox 360. Both versions will get the Borderlands 2 unlocks, while the Xbox 360 will unlock some new avatar items and the PS3 will get custom themes for the homepage.

The original Poker Night was a pretty standard, if obnoxious, poker game with some exceedingly above average dialogue between the characters. This new batch seems to have as much, if not more, personality and should have some of the same excellent voice work. The game should be released this April, though an official time has not been given. Check out more at their website here.