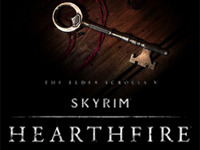 There were quite a few extremely annoying things about building the manor. One of them being that I had to travel back and forth to other towns to stock up on the items required to build, such as sawed lumber and iron ingot. I can honestly say that I needed about 400 or more iron ingots. It was expected though. So stock up.

Building the home is not as customizable as most people think. You can’t choose where you want your bed, chests, or lighting to be. You either choose to build something or you don’t. Also, you can’t remove specific things that you have changed your mind about. I’m pretty sure you have to rebuild your entire manor. What is customizable is that you have a north wing, west wing, and east wing that all have three room options. For example, my east wing could have been a library, a kitchen, or an armory. I chose the armory. Who needs a kitchen? So this isn’t entirely an issue because you can build all three homes and make them all somewhat different.

Another problem was the buggy workbenches where options listed would reappear even after I had built them, or every option had disappeared even though I knew I had something there before. Chests and mannequins liked to perform the disappearing act as well. Sometimes the mannequins would be out of place as if they walked off their stands. Creepy.

The environment of my manor can be dangerous at times. So far I’ve had two dragon attacks, bandits, a skeever infestation in my cellar, and a giant that attacked my adopted son. I have a bad feeling my children will be slaughtered whenever I arrive home considering they are outside most of the time.

The last and most irritating thing in my opinion is the display cases. They can’t be activated to present the weapon you have equipped. You have to drop the item onto the display and mess around with it in order to get it on the right spot. It’s Oblivion all over again. I thought it was step up when I saw that there were display cases I could activate at my home in Windhelm. Sure, there are weapon racks and wall mounts that can do that. But I liked the options of quickly showing off my gear on the pretty display case without having to spend time making it look nice, or I could drop non-weapon related items onto it. However, I never bothered to do that considering manually placed items like to disappear or move out of place. I’m hoping a patch will fix this. Actually, I’m praying.

Even with the issues I’ve encountered, there are so many great things about Hearthfire. There’s lots of good lighting all throughout the manor. The amount of storage space, chests, mannequins, lock boxes, and safes you can get is a pack rats dreams come true. You can organize and make each storage container hold specific items if you’re OCD like me. I’m not entirely sure how many mannequins you can get because it depends on the set up you choose. The armory has five, the enchanter’s tower has one, the main room has one on the second level, and the cellar has a mannequin as well. That’s a lot of creepy mannequins.

Once you finish your home, you don’t ever have to leave if you do smithing or need a smelter because you can have two! There’s a smelter outside and another in the cellar. There are also three workbenches, grindstones, and anvils you can get. This is convenient if you get over encumbered frequently.

What’s really awesome is that you can build a shrine in the cellar to hold eight of the nine divines! Eight only because the worship of Talos being banned and all. But you would be able to change your blessings easy instead of running around Skyrim looking for a specific shrine.

You can hire a steward to help you by bringing building materials, and improving your home by hiring a carriage and a bard, or buying a cow, chicken, and horse. The steward can also buy furnishings for your home. All you have to do is provide him with the money.

Finally, you can adopt children. I adopted a son from the orphanage, and found a begging girl on the streets of Whiterun. The children definitely add that family quality to the manor. You can play games with them, offer them gifts, buy them new outfits, and tell them to do their chores or go to bed. They bring you gifts as well. So far, I’ve gotten ingredients and jewelry from my daughter. She also found a pet fox which I could choose for her to keep or get rid of.

After hiring a steward, adopting two children, having my husband move in, hiring a carriage, hiring a bard, having my partner with me, and now a pet fox, I have a full house. It seemed like a lot at first but it never feels lonely and empty in the large manor.

Hearthfire is worth the 400 Microsoft points if you’re interested in a larger home with more storage space, and showing off your treasures. It did require a lot of time and patience to finish the damn thing, but it didn’t matter considering all the awesome it came to be. I spent under twenty five thousand gold by the time I was complete. That is cheap compared to the other homes that are much smaller. I can honestly say the pros outweigh the cons. In fact, the cons weren’t at all noticeable once I finished. $5 well spent.

The Hearthfire DLC was developed and published by Bethesda for the XBox 360 on September 4th 2012. A full copy of The Elder Scrolls: Skyrim is required to play this DLC. This was purchased by myself for reviewing purposes.

Anon Commenter [ Saturday, 10th of November 2012 - 08:27 AM ]
Thank you for this detailed description. It answered all the questions I had. Now if they will just release it on ps3 I will be good to go. they can keep working on dawnguard and dragonborn for as long as they need to. but i hope they release this hearthfire soon.
Go ahead and login or register