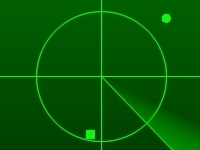 First up we got what seems to be a love letter personally sent to me. I'm talking about Hell Yeah! Wrath Of The Dead Rabbit Hell Yeah! Wrath Of The Dead Rabbit is shoot-em-up platformer that takes place in the lovely realm of Hell. You take the role of Ash, a devil rabbit who happens to be the prince of Hell. After some jerk posts all of Ash's secret and intimate photos all over the Hell-ternet, Ash gets very upset and finds that now is a damn good time to go on a killing spree; hopefully ending with the jerk who posted the photos.

It will have nonstop insane blood filled action, 10 huge worlds with secret areas, side quests, 100 unique enemies to rip to shreds, a 'Finish Him' mini-game to inflict ultimate humiliation on your foes, and lots of loot.

Developed by Arkedo Studios and Published by Sega, Hell Yeah! Wrath Of The Dead Rabbit comes to PSN on 9/25, XBLA on 9/26, and PC on 10/03. Get ready for loot and loathing in hell. Next up we have a game that has the legendary Tomonobu Itagaki on board. Yep, in case you forgot Devil's Third still has a release date window. Even though not much information has been released about it, sadly. But here is what we do know. The game's back story is based on the "Kessler syndrome theory," which is a theory proposed by NASA scientist Donald J. Kessler way back in 1978. "The Kessler Syndrome is a scenario in which the density of objects in low Earth orbit is high enough that collisions between objects could cause a cascade — each collision generating debris which increases the likelihood of further collisions." So basically a cascading effect in space.

Devil's Third will be taking place around the world, and because of the destruction of almost every satellite in space, World War III happens. So I guess shit hits the fan. We also know that Devil's Third switched its engine during development because the company who was responsible for making the original engine went out of business. Devil's Third is now using an adaptation of the Darksiders II engine.

Originally, Devil's Third was to be published by THQ, but I assume due to financial issues the rights to the IP were given back to Tomonobu's development studio; Valhalla Game Studios. Hopefully Devil's Third can see the light of day sometime in 2013.

In the meantime here is a teaser trailer to hold you guys over.

Crimson Dragon was to be released a couple months ago, June 13th, but has been delayed for unknown reasons, and is now a "TBA 2012" title. Hopefully we can see this beautiful game around the holidays? Crimson Dragon is the spiritual successor to the much loved Panzer Dragoon franchise, not only because of its similar Railway Shooter game play, but also because creator, Yukio Futatsugi was the director of the first three Panzer Dragoon games. Composer Saori Kobayashi co-scored Panzer Dragoon Saga and Orta, and now he has the job of composing Crimson Dragon.

Crimson Dragon requires the Kinect to play. Sorry all you Kinect-less Panzer Dragoon fans. Featuring six different types of dragons, over one hundred skills, and three player online co-op. Crimson Dragon also has a little RPG elements to it; feeding your Dragons will cause them to level up.

The story behind Crimson Dragon is; "Several generations have passed since the human colonists of Planet Draco have lost contact with Earth, and they have reached an uneasy truce with the native dragons. Now they face the return of an old threat, a colossal destroyer known as the White Phantom."

Here is a trailer for you guys: Brothers In Arms: Furious 4 was originally supposed to be a "Brothers In Arms" game. But it seems that developer Gearbox Software has found that during its development the game has drifted so far from the Brothers in Arms franchise that Furious 4 is now its very own IP. Announced at 2011's E3, Furious 4 will have you playing as one of the "Furious 4" a group of fierce and fearless soldiers chasing after the Führer of Nazi Germany during World War II. Featuring four player co-op and an extensive, competitive multiplayer. People have been saying that Furious 4 is "Borderlands meets Bulletstorm with pure insanity." More information about Furious 4 will be announced at the upcoming Gearbox Software Community Day, which is September 15th. Until then, here's a trailer to hold you guys over, and don't worry Furious 4 is not a "Brothers In Arms" game anymore. So you can all put the pitchforks and torches down now.

The HD remake of the beloved classic Half-Life now known as Black Mesa is finally coming out this month. Black Mesa has been in development for a whopping eight long, grueling years and is now on Steams "Greenlight" Program. Which means with enough votes the remake could secure an official release through Steam. Hopefully we could also see an XBLA and PSN release later on down the road as well. The project's leader, Carlos Montero, announced that the first part of Black Mesa will be released on September 14th. Get your wallets ready.

Well, that's all of the games I can think of at the moment. Do you guys have any games that are coming out soon that you feel are under everyone's radar? If so let me known. I'll get the word out.