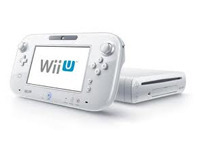 The Wii had the worst third party support that I have ever seen. Nintendo didn't have enough quality publishers on board making games for the Wii. It seemed that the Wii was a breeding ground for shovel ware and low budget developers that made poor games. Even Ports of third party games from other systems were scaled back to fit on the Wii's much smaller processor. In fact the Wii's processor was so small most games had enough content axed to make buying these games on the Wii a huge waste of time. Sometimes it would end up being a completely different game then its PS3 and XBox counterparts. The good news for the Wii U is that it has a much bigger processor.

I also felt like there were too many games aimed at young kids. There were not enough games for the hardcore gamers like myself. As for exceptions for the bad third party support they were only a few such as No More Heroes and Epic Mickey. Those games were really the only good third party games the Wii had. Nintendo has promised better third party support for the Wii U. If Nintendo can carry through with their promise it will go a long way in building a better console with a solid library. Nintendo has already secured Assassin's Creed III by Ubisoft and Batman: Arkham City by Rocksteady for third party games. I hope that in the future Nintendo will be able to gain more support from developers as it will be important to the Wii U's success.

Another problem that I had with the original Wii was the motion controls. I will admit that I was never a big fan of motion controls but the Wii's motions controls were extremely spotty. The Wii used a sensor bar that was hard to place in the right spot and did a horrible job at picking up movements. It felt extremely loose and unresponsive for most games. For the Wii U Nintendo needs to improve the way you control the games. The Wii U's controller has a built in touch screen that is used similar to the touch screen on the 3DS. The controller's touch screen also allows you to continue playing when the TV is off or tuned to a different station. The controller also features traditional buttons and control sticks. Nintendo also showed that the controller has some motion capably with games like Zombi U. Although the Wii U has motion controls it seems scaled back and not as prevalent as the original Wii. Hopefully Nintendo can improve the control scheme with the Wii U's new controller. It remains to be seen if the new controller will be better than the Wii remote, however it does look promising.

The Wii U does have some good things going for it already. Nintendo has confirmed that the Wii U will display in HD. The Wii U will support 1080p, 1080i, 720p, and 480i output. Cables that are compatible with the Wii U include HDMI, Wii D-Terminal, Wii Component Video, Wii RGB, Wii S-Video Stereo and Wii AV. Nintendo is really late to the party but finally having a HD display will entice fans of other systems to take the Wii U seriously. Nintendo has also announced that all original Wii controllers and accessories will be compatible with the Wii U. Exact pricing and release date has yet to be announced for the Wii U. The question is will the Wii U be worth it? The truth is that anything has the potential to be good so we will have to wait and see for ourselves. Nintendo used to be the king of gaming can they do it once again with the Wii U?

SnappyDude [ Wednesday, 5th of September 2012 - 11:35 PM ]
:) i will try and get it day 1 the Wii is an amazing system with games that are way better then most good ps3 or 360 games. The WiiU is said to be launching at $200 so why not thats super cheap and Ill get online nintendo titles so why the heck not. Mario Party GameNights? I think so :)
Go ahead and login or register