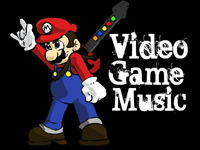 Note: the first 15 are in no specific order but the top 5 are in order of epicness.

What are some of your favorite video game themes? Leave a comment below and let us know.

SnappyDude [ Monday, 25th of June 2012 - 08:40 PM ]
:) first off you never apologies for a storm trooper, EVER!!! Im not a huge fan of old game music the techno stuff hurts my ears and blurs together. Skyrim is great and I don't even like that game. As for other music I would have to say Halo deserves a spot on any list of videogame music. The theme to "I Made a Game With Zombies in it" is near the top of my list, its just so catchy. :)
Go ahead and login or register