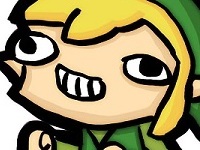 Developed by Vigil Games and published by THQ, Darksiders II takes place during the same time period as the original Darksiders; players will be taking control of Death who is War's fellow horseman and brother. Featuring a new location that is said to be twice as big as the original game, a single quest hub will be connecting to a numerous amount of dungeons, one certain city area will feature more dungeons than the original Darksiders. The game will also feature some Loot, dropping from encounters and as rewards for doing main and side quests.

It is said that Darksiders II has a release date of sometime in June of this year, and Michael Wincott (The Crow, Aliens: Resurrection) will be the voice of Death.

Developed by 2K Marin and published by 2K Games, XCOM is a reboot of the original games for PC. Set in the year 1962, players will take the role of William Carter who is a field intelligence officer for the FBI. William, along with his team will be helping humanity against the invading "Outsiders" who wish to terraform our world and make it their own. XCOM will focus heavily on tactics and strategic based FPS game play, simply running and gunning will likely result in death.

Some features include Squad Based strategies that have you control your fellow government agents, each with their own unique set of abilities. You can also capture enemy technology it either use it against them or to reverse engineer to make better weapons and abilities for you and your squad.

Developed by Runic Games and published by Perfect World. Torchlight II takes place years after the original Torchlight where an unknown culprit steals the "essence of power" of Ordrak, the evil beast that was behind the corruption underneath the town of Torchlight, and then proceeds to destroy the town. Players must take on a quest to stop this enemy from using Ordrak's power to disrupt the balance between the world's elements.

Four new classes have been announced for the sequel; The Engineer who uses ember-powered steam punk technology to help destroy his foes via melee combat. The Outlander who uses ranged weapons and attacks and has very limited magic abilities. The Berserker who uses lightning fast attacks and animal themed special powers to devastate his enemies, and lastly The Embermage, a highly trained spell caster using elemental attacks. Sadly the original classes from Torchlight are not playable in the second game but are present in the game world as NPC's.

Developed by Gearbox Software and published by 2K Games. Borderlands 2 takes place five years after the first game, after the four original vault hunters exposed the secrets to the Eridian Vault. A man named "Handsome Jack" took credit for finding the vault and robbed the vault hunters of their glory and wealth. It's up to four new vault hunters to put an end to Handsome Jack and stop the Hyperion Corporation from turning the planet into a giant industrial park.

The game will also have another million or so different guns, the same great game play as the first one with some major and minor tweaks to make the experience all the better, and of course four new playable characters. So far only two characters have been announced, one is the "Gunzerker" similar to the Berserker in the first one, but quite simply just a gun nut. The other is another siren similar to Lilith, but sadly none of her abilities have been announced yet.

Borderlands 2 comes out sometime around September of this year for PC, PS3 and Xbox 360.

Developed by Irrational Games and published by 2K Games. BioShock Infinite takes place in a fictional flying city know as "Columbia" players will take the role of a former Pinkerton agent (old school detectives / mercenaries) Booker DeWitt, who must rescue a woman named Elizabeth from the terrifying Songbird which is basically a giant flying Big Daddy.

From what I've seen this game is going to be the smash hit of the year, with amazing graphics powered by a modified Unreal Engine 3, the mastermind himself, Ken Levine, and the entire Irrational Games team behind BioShock Infinite is going to make this game go to eleven (Why not just make ten louder?).

Developed by the one and only Eat Sleep Play and published by Sony Computer Entertainment. Twisted Metal is finally back after a ten year hiatus from consoles. Featuring everyone's favorite car combat mayhem, along with everyone's favorite clown; Sweet Tooth. If you don't have a PS3 now is the time to get one, I'm even thinking about buying a PS3 simply for the return of Twisted Metal. The new installment will be sticking to the original plot of the game series, which is contestants trying to win Calypso's Twisted Metal Tournament. Sadly there will not be a lot of characters, but each character has three separate endings. Returning characters will be; Sweet Tooth, Dollface, Mr. Grimm (My favorite) and The Preacher.

Twisted Metal comes out exclusively to the PS3 on Valentine's Day (February 14th) 2012.

Developed and Published by Blizzard Entertainment. Diablo III takes place about twenty years have passed since the heroes of Sanctuary defeated Diablo and his brother Baal. Since then these heroes have gone mad, or people have just simply forgot about their hardships. Now it is up to a new generation of heroes to save the world of sanctuary from the burning legions of hell.

Diablo III comes out "When It's Done" which is hopefully the first quarter of 2012 for PC and (maybe later) PS3 and 360.

Developed by 38 Studios and Big Huge Games and published by EA. Kingdoms of Amalur: Reckoning is an upcoming Action RPG with a rich and colorful story written by the legendary R.A. Salvatore (Dark Elf Trilogy) with the art direction of Todd McFarlane (Spawn) and with the development team being led by Ken Rolston (Elder Scrolls: Morrowwind and Oblivion) I personally cannot wait for this game, it's going to be a blockbuster of a hit for sure.

Developed by Grasshopper Manufacture (No More Heroes, Shadows of the Damned) and published by Kadokawa Games and Warner Bros. Interactive Entertainment. Lollipop Chainsaw is a Grindhouse type game that takes place in San Romero High School where Star cheerleader, Juliet Starling has discovered that the entire town has been turned into zombies by an evil goth named Swan. Now it's up to Juliet and her lovely chainsaw to put an end to the zombie apocalypse and Swan's evil ways.

Written by James Gunn (Dawn of the Dead 2004, Slither) Lollipop Chainsaw is right up my alley, I know I'm going to fall in love with this game. I mean, seriously what's not to love about it? You got zombies, hot chicks with chainsaws and not to mention the overabundance of Rock and Roll. Sounds like a blood soaked good time.

Lollipop Chainsaw comes out hopefully sometime this year for PS3 and 360.

What games are you guys looking forward to this year? Let us know by leaving a comment below.

SnappyDude [ Thursday, 19th of January 2012 - 06:37 AM ]
DarkSiders 2, Asura's Wrath, Kingdoms of Amular and ME3 are all i need this year. I wouldnt mind Twisted metal, SFX, or Anarchy Reigns but really not alot Im very excited for that I must must have
Go ahead and login or register