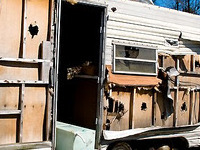 First up we have a new trailer for EA's SSX coming out on February 14th, 2012. The trailer shows off a lot of game play footage that looks just as insane and hilarious as previous installments, Doing the "Worm" on a snowboard and twirling around like a helicopter are just a couple of the nut job tricks showcased in the trailer. If you plan on pre-ordering SSX then I have some great news for you - pre-order bonuses!

Next up we have a blood, guts and gore-filled trailer of Croteam's Serious Sam 3: BFE. Aptly named the "Blood and Gore" trailer, enjoy a nice helping of "Gorenography" and dont forget to pick up Serious Sam 3: BFE on PC because the game came out today. So, if you want mindless, psychotic FPS fun that brings you back to the old days of DOOM, I suggest you pick this one up. Serious Sam: The First and Second Encounter HD are also on XBLA.

Prototype 2 recently received a release date, along with a developer diary talking about the zones featured within the game. New York has been split into three different sectors: Green, Yellow and Red. The Green Zone is the most civilized - representing a "normal" New York. The Yellow Zone, having some infected breakouts, demonstrates an area that has more of a military presence. Lastly, the Red Zone is just mass chaos with a few containment camps, full on infection breakouts and hysteria. Prototype 2 comes out April 24th, 2012.

If you own a PlayStation 3. I have some good news for you: Jak and Daxter HD Collection is finally hitting store shelves. The Collection features all three Jak and Daxter games on a single blu-ray disc in stunning 720p. The three games will also be playable in full Stereoscopic 3D along with PSN trophy support. Expect this masterpiece of a trilogy making a comeback some time in February, 2012.

Rockstar released a new "hypefest" trailer for Max Payne 3 featuring some of the mechanics, animations and movements. This trailer has really stoked a fire in my wallet; I am very excited for this game now due to this trailer. Max Payne 3 comes out in March, 2012

Finally I got another "cherished memory" of Saints Row: The Third showing of a well-endowed cheerleader showing us the awesome that is "Professor Genki's Octopus Gun" which fires an explosive mind controlling octopus that makes your enemies fight each other for you and then explode in a hail of blood and confetti.