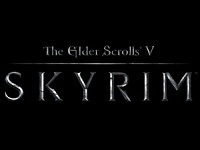 What you're about to watch is called "The making of Skyrim - Behind the Wall." It is a short documentary from Bethesda Studios about the making of Skyrim. With it is less than three minutes of trailer for the actual documentary, which will only be available to those that bought the collector's edition of Skyrim. "Behind the Wall" contains interviews with Todd Howard and numerous development team members of Bethesda. This game is huge and this trailer gives you a real look into the world that you're about to step into and possibly get lost in.

The Elder Scrolls V: Skyrim will be released on November 11th 2011, on PC, XBox 360, PC and PlayStation 3. This is going to be a must have title for any RPG gamer this holiday season. I have already set aside about 100 hours of my life to dedicate to this game. I may not get them back but it will be time well spent.