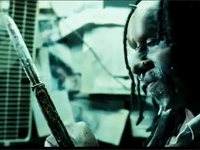 Apparently things went way better for the Web Series that was directed by Kevin Tancharoen than Warner Bros. expected. At least since his first pitch early last year. Seems that the powers that be are giving him a bigger budget and blessing to redo the franchise. Good as long as they also allow him and the original writer of the short to go the route they tried so long ago only to get butchered sans one episode.

I truly hope that they are allowed to go all in on the original concept of the short for the big screen. From the sounds of it they might be. The film is still currently described as having a new story that is by no means an extension of the game or web series. Hopefully that means that the original concept will be given new life. Hopefully. I guess we'll have to see as they move out of pre-production.

In case you have no reference of what I am talking about, here's the original idea Tancharoen had in mind. Let's hope this is the way they go.