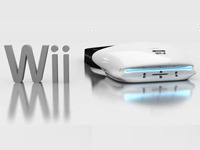 Sources also said that its processor will be stronger than the PS3, rocking a revamped version of an AMD R700 GPU. Like the XBox 360, this Project Cafe will also have a custom-built triple-core IBM PowerPC chipset but the clocking speeds will be faster. Project Cafe will also support 1080p output and maybe stereoscopic 3D as well?

Sources also say that its design will look like a modern day Super Nintendo Entertainment System, which makes me feel a whole lot better about this system and Nintendo remembering where they come from. As for this new console's controllers, sources say that they will use integrated touch screens and be capable of streaming games to each controller, though given the power of the system, it could also be feasibly to provide a virtualized console for each individual unit. This is sounding better and better each moment.

SnappyDude [ Wednesday, 4th of May 2011 - 10:40 PM ]
I dont know if im excited or mad, on the one hand a next gen zelda or this gen sounds awesome. Then on the other I am pissed that the wii hasnt even been out long so wtf i cannt afford a new console yet, i feel like this is nintendo's fault and we wouldnt need one if they had better tech in the wii to start
Go ahead and login or register