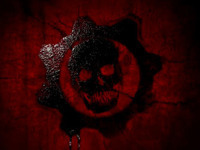 Well below you will see the dedication that the team is giving you. Not to mention a good deal more of the game play and details abound for the multiplayer. Things I am sure any die-hard fan that is reading this has already skipped on to go see. If you are still reading, then you may need to re-think your über-fandom. Unless my words are that appealing.

Ok, so details aside, the game looks damn amazing. As to be expected with the designers being the same that have built such an epic game engine. (We'll go with pun intended this time.) I can see the team death match causing issues for anyone that gets randomly placed into a multiplayer game, but that isn't really something that can be coded around.

Looks like I might have to break down and actually play/get the first two. Yes, I know, late to the game. I'll admit that. I'll also admit I feel like I missed out due to the lack of 360 back when they both hit the shelves. Now I just need to get the games and hammer through them before the third comes out. That should be easy enough.