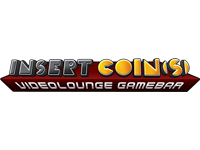 As I alluded, I am mixed on this idea. I'm going to tell you why.

First the good. Even though I am a Las Vegas native and current resident, I am no club goer at all. I'm not saying that I have never been to one, but it is not my preferred thing to do with my time. Over priced drinks, music too loud to hear yourself talk and people I generally would not want to socialize with all crammed together in a small space. But Insert Coin(s) promises to give me options that eliminate a few of those negatives. At least if things are done right for the demographic.

The crowd they seem to want to draw are people that I would want to be around and socialize with and if not at least a distraction to focus on until they walk away. So there is one negative gone. If the minds behind this project are actually gamers they will also have the smarts to know that we like to hear our games most of the times. This could leave only the one negative that any good Las Vegan knows how to get around, the cash spent on booze.

Now that would be ideal, but we don't live in a perfect Matrix type world do we? This is Vegas after all and there are some expected things to make any nightclub successful. This means that the above items will most likely be complied too, but not to the degree that true gamers would like them to be. Also like any club, no matter what, it will always draw in a crowd of people that most of us gamers either don't want to or shouldn't associate with. Especially given the area that the club is being opened at.

In the end, time will tell if this idea will be a Flynn's Arcade type thing or if it will just quickly turn into a flop. Having the themed days and options for arcade machine and console is a nice touch, but it will be the target demographic that will dictate this. I just hope proper research was done before they started to throw in loud speakers and hope the appeal of booze will get people dumping quarters into the arcade games and not casino games.

When they do open I'll give you all the low down on if it will be worth your time to check out if you ever come to Vegas. Until then check out the "promotional" video.

INSERTCOINS [ Monday, 31st of January 2011 - 08:31 PM ]
Hey all. Would like to clear up a little confusion about our venue. We will be a state of the art videogaming lounge first and foremost. With hours from 12noon to 4am (and possibly later) 7 days a week our vision is to create an environment that will attract the casual and hardcore gamer just as much as the curious passerby. The party heats up on select nights where people like you and me can enjoy an upscale nightclub experience without the hangups of your traditional Las Vegas scene. I can personally guarantee we will exceed all expectations. This place will be epic!

INSERTCOINS [ Monday, 31st of January 2011 - 05:53 PM ]
You'll be happy to know as a lifelong gamer we've got exactly what you are looking for. I'll be happy to answer any of your questions as we get closer to opening in April. Just know that your concerns will be alleviated once you walk through our doors! You can hit me up personally at chris@insertcoinslv.com
Go ahead and login or register