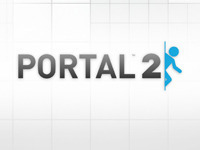 Not only do you get a "free" copy of the game for PC, and technically Mac, but the two systems will be able to communicate with each other to allow for co-op play between the PS3 and PC/Mac. By communicate I am not only talking for play, but you will be able to actually chat with the other player and I'm not talking by screaming really loud. In game chat for those who still didn't get it.

Just when you think that is it, there is even one more nice little tidbit to go along with this. PS3 users will also be able to save their game to the Steam cloud just as a PC gamer. I'm not too sure if you will be able to access it from any PS3 from that point on, but it would seem likely as you will need to tie your PSN to your Steam account to do this. If anything your Portal 2 data will be backed up in another place.

Funny how they were so adamant on not working with the PS3 and now all the crazy new stuff is being tried on the PS3. Although I am sure that the 360 will get some kind of cool extra as we get closer to April.