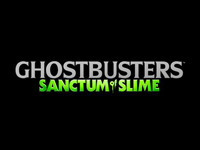 Here is the kicker, what is the big selling point as of now? That we will get to drive the Ecto-3 at some point in the game.

What else is awesome? None of the original cast are lending their talents to the franchise that they helped build - and in some cases are still passionate about. Even with the game's premise being that you are a rookie hired by the guys, they are not there to mentor you at all. So, they hired a person to run around town with a small nuclear reactor on their back, sport the company logo and are not giving them direction? Epic.

Let's just hope that the characters from the original are in there and just silent as none of the voice actors are scheduled to appear. Maybe there will be text message or email mentoring. Who knows?

In any instance, get ready for this direct to download game to hit sometime this upcoming spring. Perhaps we will get an awesome surprise and at least Ernie Hudson will throw his voice into the mix. Only time will tell I guess. Below are those screen shots I mentioned above by the way. Not that they are all that exciting.