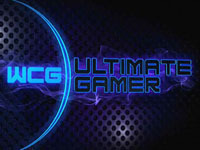 The Threat Returns… And They Know It

So in walks Mystik (Kat) and you can see the look in the eyes of most of the cast. The look of "Oh Fuck!" Most did a good job of hiding it, but their eyes gave away their fear as they knew that the plan to get rid of an actual threat failed. They could no longer hope for an easy progression on through the gauntlet. Way to betray yourselves on national-cable TV.

The "reunion" didn't last too long as they were all ushered into the first challenge of the gauntlet. A silly little mock 3D game called Invincible Tiger. Apparently these gamers have been living in this place surrounded by 3D TVs and none had noticed until told they are going to play this game in 3D. WHAT THE FUCK KIND OF GAMERS ARE YOU!?! You can't see that from the TV details? Did you not do the basics when you came in and sat down for the first time? Jesus Titty Fucking Christs!

After everyone made a very well placed product placement hoopla about the 3D TVs, they hammered out the game. All while the editors tried to make sure us at home knew they were on 3D TVs. Doesn't work to well when I am not watching live with glasses on. In the end, Thirstee (Jake) won the first challenge and thus won an advantage over everyone in the first elimination. The next sunrise after the 3D TV debacle moves everyone off into what seems to be their home for the day - another warehouse. Original. From there the contestants, sans Thirstee (Jake), were instructed to snatch a box that will "help" them in the next challenge. Thirstee (Jake) already had his special box from winning the 3D TV challenge. So what was so important in these boxes that they had to keep them closed and hidden from each other?

Stepping into the fist challenge alone, it is revealed to each contestant that the fist elimination is Pac-Man. You know, the arcade machine that is in like every shot while they were in the loft. Big shock. At least it was for all but Thirstee (Jake) and Mystik (Kat) who had been giving the game a bit of attention during their off times. Then again, none of them put two and two together after the Battlefield challenge when the codes for the event were plastered in the loft.

Anyways, if you were wondering what was in the boxes, the item that could help them in the challenge: quarters to play the game. Only one quarter per person with the exception of Thirstee (Jake) as he won an extra one in the earlier challenge. Something that didn't help at all as he still lost out to JWong (Justin). At least he did win out over everyone else, including Seltzer (Rachel) who lost out completely.

Yea, this high spirited gamer got the boot not because of some insane-has-nothing-to-do-with-gaming challenge, but friggin' Pac-Man. That's like hammering your way into the real Olympics to be beaten by the one special needs person that was snuck into the competition. Such a harsh way to be sent home. Alright, I'll quickly move onto discussing the next challenge - just like they did right from Seltzer (Rachel)'s exodus to the next round - wait four hours and let all of you at home know. So pause and come back in four hours to get the feel.

Next up was another go for Forza 3, only no need to drive real cars. Just drive the virtual cars for twenty minutes. Not too bad. Well except that they had to do it while their hands were handcuffed behind their backs. How we go from playing a classic arcade game to race around using XBox controllers while handcuffed, I don't know. Unless the next progression is to play a game while screaming howler monkeys fling poo at them and they are also anally violated by a dolphin. That seems the progression here.

Anyways, it all looked to be grueling until pretty much all but JWong (Justin) got the hang of driving with reverse controls and in slight pain. Man did he fail at that too. He got lapped by at least two of the other players because he was doing so poorly. Obviously he was the one in last place after the twenty minutes. Mystik (Kat) dominated everyone else and finally achieved a number one spot in a challenge.

Oh, but that's not the end. In a fashion that seemed very much like the producers wanted JWong (Justin) to go on, they handed out the first ever retry in the competition. Just for him, how nice. Let's screw the others who obviously have the skills just so he can try and hope for someone else to make a mistake so he could slide into the finals. How did this not seem shady? Also how did the editors get away with making this look overly shady?

So here we go again with another twenty minutes of racing only this time instead of handcuffs, it's strait jackets. As expected, most of the cast hopped in and took over like it was nothing. Only this time it was both JWong (Justin) and clowN (Yaz) who had the issues. Issues that lead to them both getting lapped and pretty much having to fight out who would stay ahead of the other. Though even with the "extra life," the results were the same as they were in the first run.

Another good bye to JWong (Justin) - yea he got two - and it was time to move onto the "last" challenge for the episode. The challenge that would leave only three left to move onto the finals. The game this time: Splinter Cell: Conviction. The twist, they would have to play the game while looking at a mirror wall instead of the screen. That was not the only catch. Randomly the wall would rotate and block their view for a few seconds. Pretty much like gaming with annoying friends or kids, not too bad.

Outside of trying to play the game in that manner, the objective was to have the contestants "silence" ten enemies as fast as they could in the round. The winners of each of the three rounds advance to be the finalists to advance on to the end. Also, not that rough, which clowN (Yaz) showed it was not at all. This was, of course, after gaining his bearings and having a good strategy to win. All good lead ups to him actually taking the big 'W' in the first round and securing himself in the top three.

The next round was set up and now the players were ready for the twist to the challenge. While the mirrors didn't rotate at the same speed all the time, it was pretty much the same strategy. The last three started hammering through their kills until all three were tied at nine for the round. Then…

Yes, that is how the episode ended. The very reality TV style of things to get you to come back and watch next week. Not a bad tactic. Well unless you are live recording the finals the next day, as is the case. The final three will be viewed on October 1st followed by the final two battling it out. Did the producers forget that the internet and social media sites exist? Or were they just hoping that the culture that is deeply ingrained in them would be kind and not use it for a week?

I can guarantee that once the finalists are shown on stage Twitter will explode and your cliff hanger will be for nothing. That even goes for how it all played out. Yea, we may not have seen how the other two of the final three made it, but we will know who did. Then to go further, we will also know how the next episode plays out. I mean, do SyFy and the WCG really underestimate the crowd that will be there and their abilities to use their mobile devices? Even if they are not allowed in during, as soon as one of them gets to their car - spoiler alert.

Again in tribute to the fallen, I leave you with Timmy Dance. The reason this time, none. Just cause I want to. I know I built you up the whole time to wonder why this clip is here again. But like the show, I'm leaving no reason.

Brian / Quiglin [ Monday, 4th of October 2010 - 03:19 PM ]
I couldn't disagree more about Rachel leaving. Sucks that she was eliminated, but Pac-Man is all about skill - coming down to reflexes and pattern recognition. That is pure gaming at its finest.
Go ahead and login or register