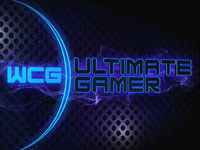 So what happened last episode in case you didn't catch it? Well read below for the recap and explanation on how things got less douchie.

You know being on the outside gives you an interesting view of how things transpire amongst humans. I'm talking about how the whole show started with pretty much the entire cast stating how upset they would be if Seltzer (Rachel) were to be the person walking back in. All of them swearing Vanessa would be victorious. Then as if none of that was said, they all jumped up to hug and welcome her back like they had cheering for her the whole time.

I know part of this falls back on the editors and director of the show, but these things were obviously said, none the less. Then, as if by magic, everyone changed tunes once they all found themselves to be proven wrong. Funny how that happens huh? Perhaps they were becoming worried after being exposed to the caliber of competitor Seltzer (Rachel) is.

No sooner did they have this faked reunion, the cast was rushed out into the middle of an "abandoned" town. All for the only way to do a first person shooter challenge, through paintball. Yea, big shocker, but really is there any other way to do an FPS other than doing Air Soft? Well I guess they could do Mirrors Edge style, but I have a feeling most of the cast wouldn't be able to actually pull that off. Although it would be entertaining to watch them all face-plant or fall on their asses.

Back to the challenge at hand.

This week's challenge was a bit more than just paintball. The eight remaining contestants were split into two teams. Each had to take turns figuring puzzles and dodging paintballs while the opposing team was tasked at shooting and making things crazy difficult. Kind of an interesting addition over last season's paintball capture the flag.

I will have to say it was a bit unfair for the second team in this challenge. One of the puzzles required one contestant to read off codes to another to input into a laptop. When the second team got to this puzzle, the first team started yelling out random letters and numbers to confuse them. Not a bad tactic, but they only did it because they knew it was there. I am sure had the second team known about this when they were defending, they would have done the same thing.

Needless to say, the first team made it out on top due to unfair - my opinion - advantages.

Another One Sided Event

From there, it was time to hop back into the loft and practice for the 4v4 match of Battlefield: Bad Company 2. All with new teams picked and new PCs to play the FPS the way "it is suppose to be played." This time the teams were comprised of clowN (Yaz) and the females of the house, leaving the rest of the gay ass "pentagon" on one team.

So how was this a one sided event? Well because all the remaining girls and clowN (Yaz) are experts at PC FPS games. While the other team was console-based or non-FPS players at all. So you can guess how well this went down for the entire "pentagay" team - they were shut out hard core. Like they couldn't defend one of objectives nor take one when it was their turn to assault. It was pretty pathetic.

Speaking of pathetic, this shut out in the isolation challenge and the disadvantage in the real life challenge led to |RyBu| (Ryan) being at the bottom of the barrel and clowN (Yaz) at the top again. This brings us to one of the best twists to the game (read show) so far this season. That would be clowN (Yaz) choosing CDN The 3rd (Caesar) to play against |RyBu| (Ryan) in elimination.

Wait, so why did he make that choice if they were all part of the "pentagay?" Seems he finally wised up and saw how he was getting played like everyone else in the house. Not to mention this whole thing started with CDN The 3rd (Caesar) and |RyBu| (Ryan) having a tier system they thought worked. At least until they were outed. I have to give a bit of credit to clowN (Yaz) on that one, although I find some of his past actions despicable.

Here's Where Things Get Less Douchie So after all of that, CDN The 3rd (Caesar) and |RyBu| (Ryan) had to choose their team mate for the elimination - choosing clowN (Yaz) and Mystik (Kat) respectfully. You know, the two best FPS players in the house. Big surprise, right? Just like the big surprise that |RyBu| (Ryan) would be a little bitch about everything knowing he was going home.

How bitchy was he? He tried to defend himself by trying to out everyone else's "dirt." You know, the stuff that everyone had already informed each other of. He knew he wasn't coming back into the loft so he wanted to try one last attempt at garnering fame or recognition by douching things up - or at least trying to. All it seemed he really did was piss more people off at him and the most likely scenario is that no one will care when he is not the one walking back in.

Yea, I just ruined this sentence with all of the above didn't I? For the most part CDN The 3rd (Caesar)'s team dominated the match. They did win by one kill, but it was obvious that was going to be the case. Especially since Mystik (Kat) had to carry the so called "puppet master" through his elimination (Kat had 12 out of the 14 recorded kills). I can't believe this douche complained about others not carrying their weight when he couldn't even do it himself when his continuation was on the line.

Good bye to the douche known as |RyBu| (Ryan).

After all is said and done, I really liked how all of this played out. The real life challenge was a nice little change to the basic idea used for FPS games. I am kind of surprised that no team could get the final puzzle on the challenge, but I can see that as being extremely tricky.

I am also glad that I no longer have to see |RyBu| (Ryan)'s face on the show. His look, actions and voice made me want to reach into the screen and slap him around like a little bitch. That leads back to the very first episode before any of his douchie pentagay stuff started to come to light. Something about him just screams "I need a beating!" Now if only Thirstee (Jake) was booted. I have the same feelings toward him as well.

Again in tribute to the fallen, I leave you with Timmy Dance. The reason this time, because no matter how "awesome" |RyBu| (Ryan) thinks himself to be, he will never be as awesome as Timmy Dance. Take that as you will (read: Timmy Dance is just funny, |RyBu| (Ryan) just needs his spine pulled out his ass like someone starting a lawn mower).