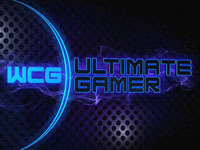 Let's stop gilding the lily and jump right in.

They Are Real People

So it only took three episodes before the editors decided to let us get to know the entire cast a bit more. Their true personalities - a little of how they look at things and a bit into how crooked and messed up some of these people are. Also, how it was probably best I was not on this season due to a total lack of humor and good fun.

What I am talking about here is in reference to the fun little "pranks" pulled on certain people and them taking it like someone raped their dog in front of their mother while defecating on the American flag. For those that didn't see the show, Seltzer (Rachel) and Mystik (Kat) where doing the old shaving cream on sleepers joke but with whipped cream. The two shown to not take too kindly to it were clowN (Yaz) and Thirstee (Jake). For a guy named "clowN" you'd expect more of a sense of humor about things, but oh well. At least it was better than Thirstee's, I guess.

That dude went the fuck off the handle about a little fucking cream. If they shaved him or slipped him castration pills, it would have been justified, but seriously he was way out of control. He most likely would have gone on a suicide murder rampage if I was on the show pushing buttons with only 45% of my power.

Way to douche it up.

Anyways, this week's challenge was based around NHL 2010 and much like last season's sports game challenge, they took the core of the sport and gave a bit of twist. Last time it was Basketball and a Slam Dunk challenge into a pool. This time it was hockey and a goal shooting challenge where the contestants were the pucks. Hence the above line based around the comments of Chosen1 (Sebastian) on this challenge.

The idea was to shoot themselves across the ice on a sled to slide into the goal. They also were challenged to throw regular pucks into goals for extra points. I do have to say after watching the bitch-feast mentioned above, it was nice to watch some of the humor-challenged guys have the abrupt stop into the wall here.

I looked like just as big of a pain as the last boogie board challenge, which like the last, Chosen1 (Sebastian) came in last, but not for lack of trying to squeeze his frame onto the minuscule sled. Thirstee (Jake) and RyBu (Ryan) came in first overall when all was said and done.

Hockey Is Known For Hard Blows

So, as it is most likely assumed, the video game challenge was a mini-scrimmage against the AI where the point was to score the fastest. Just one goal in under 4 minutes, not too hard from the sounds of it, but that was not the case at all as only a few were actually able to score in the not so awesome coverage of the isolation room.

Then things took an interesting twist, almost everyone that was behind Chosen1 (Sebastian) last episode were all gunning for him to go home. That included someone he thought was a good friend, clowN (Yaz), before all of this and kept playing him the whole time. Down to throwing his own match so he could hop in to try and place the final nail in Chosen1's (Sebation) gaming coffin. Something that I found extremely messed up, but still part of the game.

Not So Ultimate Alliance

One quick aside on the "Alliance" that supposedly has been formed and "puppeteered" by RyBu (Ryan). Is it an alliance in the first place? Seems more of a gang as all but three of the cast is in this "alliance." Also the really gay - not as in happy or homosexual - pinky to thumb thing deserves you all a swift kick in the cunt. That is what ya'll have for either coming up with that or letting RyBu (Ryan) "control" you all to do that. After all that above BS, it was time again to see if people could bring the game that they talked so highly of. Both clowN (Yaz) and Chosen1 (Sebastian) have spoken quite highly of their own skills the entire three episodes so far. This time in a head to head game of NHL 2010 where the winner was chosen just as an actual game of hockey and it was pretty much just as intense due to all the background stuff going on.

After going all three periods (Eww) with no score for either player, it all came down to sudden death slap shot. clowN (Yaz) just barely beating Chosen1 (Sebastian) by a single lucky shot. Then something I didn't expect happened, clowN was humbled. He was even quoted with saying he didn't expect playing against Chosen1 was going to be so challenging.

This episode actually got me quite a bit more engaged with the show. Even though the person I was rooting for got the boot this episode, the show has picked up like I hoped. We are actually moving from game show into "reality" show, which is only nice because it is how the show was originally sold. I do wish that some of the male contestants wouldn't have done the above mentioned things. Like I've said many times before, these actions act as the stereotype gamers that I, and most likely you, have to live with until another gamer show hits.

Oh, and also, in tribute to the fallen, I leave you with Timmy Dance. Not for the same reason last time, but for the reason because like Chosen1, he gets harped on and mocked by the people he calls friends. His might be part of the show, but it is much like what happened to Sebastian.