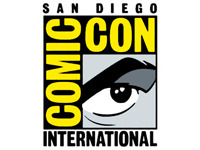 As most of you who have clicked in here know, the festivities start off with an exclusive event for the true fans that purchased their passes upwards of a year in advance - well, the fans, and media. The event is known as "Preview Night." A night where con-goers can wander about with more open space and freedom. A nice little extra for showing your true Comic Con fandom and supporting the event by giving them your money WAY in advance.

Oh wait. Nope. That was before the people running the convention commercialized it as a fan event. This year selling passes to "Preview Night" to anyone willing to drop the cash on it. How the fuck is this a bonus for the four day pass pre-orders? It was more crowded than the first official day of Comic Con. What the fuck? This practice began with last year's convention and continues to be just as retarded this year.

You know what the worst part of it all is? You, the fans, are letting this shit happen. You are taking it at face fucking value and letting it go. Is it because you like having something to bitch about all Wednesday night there? Because I heard an over abundance of complaints and bitching from those wearing four-day pre-order badges and nothing from those with just "Preview Night" badges. You only have yourselves to blame for letting your fan convention turn into a "How Can We Milk More Money From This" convention, people.

Much like many other true fans, my time at the convention center on this "Preview Night" was VERY limited - by choice and not due to time. It sickens me to see that the commercialization of this FAN event has truly taken over.

Stay tuned for more of the insanity that came with Day 1.