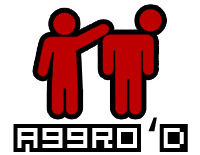 bugs and compatibility problems that some of you may or may not have been experiencing. And then again yesterday came two update bundles for those of you who have either FRONTLINES: Full of War and/or Garry's Mod on your Steam account.

In the answers to our hopes and prayers, Valve has made a good impact an some common problems experienced during game and fixing bugs responsible for many crashes (God knows my Gmod crashes all the time). But no!! It doesn't stop there! They've actually added a few new upgrades and features for both the single and multi-player aspects of the game, including;

Frontlines Steam users - you too can rest assured that in the new update, common problems such as the game crashing when "alt"+"tab"ing should hopefully be fixed as well as some other bugs and glitches found in game. Other updates include;

So there ya have it!! A weekend full of updates for some of you Steam users out there.
For a more detailed list of what was exactly upgraded, see the links below.

Oh and one more thing, Keep a close eye out on the Steam update page if you restart later.
Valve may try and pull another April Fools joke, and some of you fanboys and fangirls
could fall for it! <3