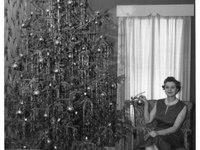 Now that Christmas has come and gone, we reflect on the joys of the holiday and the time we now have to enjoy the fruits of commercialism. Pull up a chair, and grab your favorite console, and take a listen - it's story time.

There was a time before Halo, before Uncharted, a time of purity. An age of gaming declared glorious in its simplicity. It was dubbed 8-bit. It was pure pixeled perfection, and it was a time of punishing difficulty, limited continues, and precision timing. There were troubling times ahead however, as Sega started to declare a war without ceasing, proclaiming that they did, "what Nintendon't." I, sitting in awe of the advent of 16-bit, pleaded to those that gave me life, my parents, to give it to me yet again - a new life, a life not constrained by half the bits I now so desperately demanded.

You couldn't do that on Nintendo.

My God they were right.

My father assured me that through the selling of half of my video game library, with my Nintendo Entertainment System library nearing sixty titles, I would procure a greater gaming library, filled with the newest 8-bit adventures as they had come down in price. Dejected, I felt myself inclined to agree. I had no choice.. This was to be my fate. Ostracized by my peers and left in the dust. Left to the exploits of a bloated plumber and not invited to the relentless speed fest of one very special blue hedgehog. I put head to pillow thinking, "Perhaps soon. Soon would be time. Soon would be my Genesis. My beginning." I stared at the ceiling until all I could hear was the joyous harmony of spinning golden rings.

The moment of reckoning had come. Slamming my fist against the door of my parents bedroom, I ran to the staircase as I hear them stir, leaping onto the banister and sliding my way to the living room. There were smaller gifts waiting. No large box.

And there it was. The last bastion of hope dismantled so hurtfully before my eyes. I would have no Genesis. Not this Christmas. My parents stumbled downstairs slowly. I did not blame them, nor did I move from my spot near the tree. My dad handed me a small box, insisting that I open it. I found no consolation in his efforts but I took the box and opened it. Strange. It looked as if.. Yes. It was. Joe Montana Sports Talk Football? For the Sega Genesis? But.. But how? How could this be? I grabbed another box greedily and tore at the fragile paper. Golden Axe? I kept forraging through my gifts. Altered Beast? And soon, when all of the dust settled, there it was - Sonic the Hedgehog. My dad lugged a huge box into the living room as I admired my games. It was the Sega Genesis. The size of a small planetoid with controllers hard, with buttons rigid and unforgiving.

My time had come.

I called my best friend to boast of my acquisitions. He picked up with an excitement I recognized. He got the Genesis too! The possiblities were staggering. Game trading would come this day. I thanked my parents profusely and quickly turned my attention to the television. A place where I would not be moved. Video games have that distinct ability - that is to say, from the opening of the box, to placing the game in whatever recipticle is apt, to turning on that power button and seeing the console's logo flash across the screen. You know something special is going to happen.

The best theme music in the biz. With the best play in the biz. The Sports Talk Sure Fire Fake. It was a good time. A simpler time.

I think now however, in retrospect, were any of us really as excited as this kid?

What are your favorite Christmas gaming memories?
1 comments

SnappyDude [ Wednesday, 30th of December 2009 - 03:56 PM ]
Mine is pretty close to yours it was getting my sega Genisis it came with sonic 2. Its actually the earliest thing I ever remember getting as a kid. I was 5 or 6 at the time. I think its also the most excited that I can remember being after opening something. It was a complete surprise and after that year I actually started to ask for things for christmas, so that was the only true surprise I can remember having and it was great. I remember how happy I was and I actually just got my sega back right before christmas this year so I guess I can say my sega both times I got it.
Go ahead and login or register