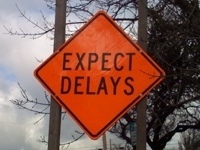 anxiously awaiting a slew of games to be released in the 1rst quarter.  Well unfortunately some of the heavy hitters that were planned on being released have been announced as pushed back until later next year.

Bethesda's shooter Brink which was scheduled to be released in spring of 2010, got pushed back to a fall release for all platforms.  Brink is the Splash Damage title that we have seen a few snippets of lately.  G4 just recently posted a new video on the title, highlighting the Smart Freedom of Movement system.


Max Payne 3 also has announced a push back date of 4th quarter 2010.  I won’t say that I am surprised though, since Take-Two interactive had scheduled 3 other titles (Bio-shock 2, Mafia II, and Red Dead Redemption) all in the first quarter.  I’m glad they’re not going to rush a bunch of titles right out the gambit and hopefully we will see more time taken to polish the game.

So it looks like the 4th quarter of 2010 is going to be the “Fall of Shooters”, and i’m sure we will be hearing about a lot more push backs as we get through the holiday season.