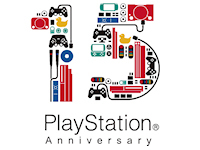 There were a bunch of Slims in there as well, but those aren't really new consoles, just redesigned consoles.

The 15 years has been kind to Sony who previous to getting into the game industry was known for it's TV equipment. Sony's Beta player had given LaserDisc and VHS a run for their money, and their TV's were considered second to none.

Big profits from game only company's like Nintendo and Sega had lured Sony to get in on the relatively low competition area (the PS1 really in all honestly only had to worry about competition from the N64, as we know how well the Sega systems did..... SHUT UP SEGA FANBOYS, whereas the TV and audio equipment areas were full of competition from Panasonic, Sanyo, Bose, Toshiba, Samsung, etc)

The PS1 saw the beginning of franchises still alive today: Gran Turismo, Metal Gear Solid, Wipeout, Ridge Racer, Tekken, Twisted Metal, and Resident Evil, which are just a few of many. The PS2 saw new beginnings as well: SSX, SOCOM, Midnight Club, and Ratchet and Clank. The PS3, in its short time since release, has seen Resistance and Uncharted as franchises that look to have a long future.

While the PS3 hasn't yet met the success of the PS1 or PS2, it's seen new life with a lower price and a rebounding economy point to strong sales in its future, and the inclusion of a Blu-Ray player is certainly no hindrance. The PSP was considered by some to be a dead system earlier, however recent titles like Motorstorm, LittleBigPlanet, Assassin's Creed, Gran Turismo, and the release of the PSPGo have boosted sales of the original PSP series. The announcement of Resident Evil Portable, Metal Gear Solid: Peacewalker, and Dante's Inferno seemed to have also pumped life into the once dying handheld.

Many gamers still have their PS1's and I still enjoy a good split screen Gran Turismo 2 action with my friends from time to time. While it's unknown how many more consoles will come in the next 15 years, it'll be safe to say that PlayStation will be around for them.