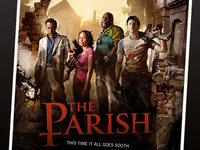 The Left4Dead2 Demo will take play in “The Parish” campaign where you are in New Orleans French Quarter. You will get to see some or most of the new infected zombies and the melee weapons which is also included in the full game. Players on the XBox 360 and PC will be able to have up to 4 players in the demo via LAN or internet with two-split screen available for the 360. Wow for a demo that is one hell of a way to do that. Can't get any better than that. I guess I will join in on the fun when the demo drops

Left4Dead2 will be infecting homes on November 17th. One day before we get to celebrate Left4Dead's one year birthday.

What are you waiting for? Go reserve it and get the demo before anyone else does! But seriously...Valve...where is my Half-Life 2 episode 3?