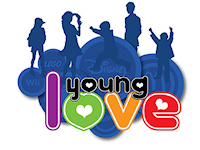 Nintendo, which for some reason counts as 2 different brands, takes the top 2 spots:

While it's obvious that kids, the survey was conducted with 6-12 year olds, love Nintendo's games and systems. I wouldn't have thought that they would put it at the top of the list. This contrasts with more mature gamers who have the Microsoft XBox and Sony PlayStation much higher up the list than Nintendo's two systems.

Brands like Nickelodeon, M&M's, Disney, Cartoon Network, Crayola, SpongeBob SquarePants, Nerf, Lego, and Monopoly, who are all in the top 100, all make video games and perhaps that helps them with there brand awareness. Sony and Microsoft traditionally have tried to market their systems as kid friendly, however it seems that it's not paying off that much in terms of brand awareness, at least not yet.

For the holiday push in 2008, Microsoft offered a family friendly console setup by throwing in Lego Indiana Jones and Kung Fu Panda in for free with most of their systems. Perhaps they are still trying, this year's bundle includes the kid friendly Lego Batman as well as the all-ages ATV racer Pure. For the more mature sector, Microsoft and Activision have teamed up to release a 250gb Elite bundled with Call of Duty: Modern Warfare 2. Sony has released several bundles of 250gb Slims with games for both kids and adults in Europe, but the US has only seen bundles aimed at more mature audiences, Metal Gear Solid 4, Uncharted, Killzone 2 in the past, and this year's will be bundled with Tekken 6.

While none of the three companies have positioned themselves by publicly announcing that they are targeting only one age demographic, it is fairly obvious that there is a definite targeting of age demographics by systems not by the manufactures, but by the developers and publishers. Perhaps it's because of the Wii's friendly motion control scheme or the DS's intuitive touch-screen, but developers seem much more comfortable making and publishers publishing kids games for Nintendo's systems than they are for Microsoft's 360 or Sony's PS3.

In my opinion the PS3's price point put the system above the comfort range of non-gaming parents buying system's for their gaming kids. For a long time the Wii was the cheapest system available, it even and still does come with a game. It'll be interesting to see if Microsoft's Project Natal or Sony's Eyetoy motion controller can maybe bring in some people from the younger demographics, but don't expect either of them to knock off Nintendo in the 2010 poll. According to the same poll, kids spend about $500 billion each year, and I'm sure Microsoft and Sony would love to get their hands on some of that.

The complete 2009 poll can be found here.