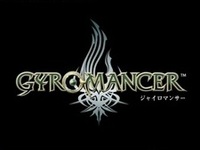 Gamers will play a Sorcerer of the Godseye, named Rivel, and traverse through ten different stages, collecting powerful beasts to summon throughout the adventure. Pokemon? Summoner? Beheamoth? Gameplay will change depending on the fights. Some will be timed battles, whereas others will be straight up beat-the-boss-battles. Their will be a total of 50 monsters to summon and an online ranking system.

Not much else is known about the game, but it seems that Square Enix and PopCap are targeting the specific Puzzle/RPG market and hoping to expand it. I have no idea how large that market is, but if it can be as addicting as Bejewled with a strong story by the makers of Final Fantasy, I would not be suprised if this really takes off.

Check out the Square Enix Tokyo Gameshow Trailer below: