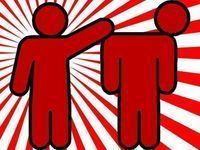 The Aggrocast Crew is here with Episode Thirty Nine, and we bring you a recap of Blizzcon and Binh's first time ever attending the event. He discusses his hands on with Starcraft II, Diablo III, and the upcoming WoW expansion known as Cataclysm. We go over the current games we've been playing, our bargain bin titles and Michael's Rage Quit during the recent Gears of War 2 Pwned night. Michael also discusses the recent addition of Movie Trading to Goozex.com (Read the article).

We end the show with discussions about recent Sony developments including the PS3 Slim (Check out the Aggrogamer Review here) and the upcoming 3.0 Firmware update (Aggrogamer Preview here). We debate on whether the PS3 Slim is the right move for Sony and if the new 3.0 Firmware is a significant upgrade or just more improvements on aesthetics.

Check us out on iTunes and Zune Marketplace, and don't forget to rate and review!

SnappyDude [ Thursday, 27th of August 2009 - 06:11 AM ]
on champions Once u click on people u click the name box a lot easier then z button. and try the 360 controller this game was first built for 360. good pod cast
Go ahead and login or register