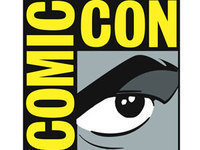 Given that this day should have been the lazy day, not Saturday, it is no surprise that the final day was even more lazy with a little bit of violence mixed in. Even though it was the day with the least going on, as has always been the case. But it did lead to a few interesting lessons learned about humans. They'll do anything for free stuff and most won't back up big talk when their bluff is called.

Sunday was the day with only one thing on the agenda, get a good very public hands on with Lego Rock Band. By public I mean actually playing the game right out of the Warner Bros. booth, one of the busiest in the whole building. We had all access passes. We woke up a bit on the later side to be fully rested for the performance. We waded through a crowd of very slow and sweaty humans to get to this performance. Alas, it was all for not and almost caused a riot in the middle of the convention space.

It seems that standing and walking around the convention for 4 days makes people very irritable and callous. Mix in heat and Japanese train style crowding, and you have something that could explode like virgin after going to his first strip club. I witnessed not one, not two, but almost seven fights break out just because someone didn't like the way someone else was walking. Or one person just didn't want to be courteous and let someone pass. Most of these were because pedestrians were trying to cut through aisles of lines so as to not have to stand until what ever free thing was handed out to the line.

The end of this story lead to us not being able to get our performance on. Three of these incidents happened right around the WB booth and security wanted nothing more to go on, so things were shut down. Smart move on their part, for the first time of this convention. But this made it so we had to move on to other things.

Now I know this is an awesome game and they were showing off a brand new level, but there was 3 other days to spread this out. At least that was what I thought until I saw that it wasn't just for the game, but to pick up one of the L4D2 shirts out of the lounge. Something so many people said they were in line for instead of just playing the game. Which then made me laugh at all of them, as the shirts were not exclusive or anything. EA couldn't give enough of them away the days prior to this, and in fact still had an over abundance. They just changed the hand out rules to be that you had to play the game first.

Press passing my way past the line, I joined Corey back in the lounge to finish out the this short day on Dragon Age. Having a good laugh at how degenerate people became over the course of four and a half days. I wish I would have time lapsed the whole thing.

In the end, this years convention was an interesting one at that. Some really cool ideas and promotional events took place for the first time. I got to witness the shift in the attitude of the crowd from what it use to be 2 years ago. Signs of the economic hardships reared their ugly head like GWAR and the Cuttlefish of Cthulu. But I think that it should be worth the $100 to $130 price tag for tickets next year. Maybe the 33% to 66% increase in price will limit the negative aspects by the same amount. We'll just have to wait and see.

Thank you for following along with the journey that was the 2009 San Diego Comic Con. Until next year.