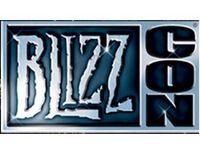 Second Block of Tickets for BlizzCon(R) 2009 On Sale Tomorrow

IRVINE, Calif., May 29, 2009 (BUSINESS WIRE) -- Blizzard Entertainment, Inc. today announced that the second allotment of tickets for its fourth BlizzCon(R) gaming convention will go on sale tomorrow, May 30, at 10 a.m. PDT. Tickets are priced at USD $125 each and can be purchased through the company's event website at www.blizzcon.com.

BlizzCon is a celebration of the global player communities surrounding Blizzard Entertainment(R)'s Warcraft(R), StarCraft(R), and Diablo(R) game universes. The event will take place August 21 and 22 at the Anaheim Convention Center in Anaheim, California, and will feature an array of activities, including developer panels, contests, tournaments, hands-on gameplay with upcoming Blizzard Entertainment games, and more.

The ticket-purchase process uses the online Blizzard Store and requires an active Battle.net(R) account. Anyone who does not have an active Battle.net account can create one at http://www.battle.net. To streamline the ticket-purchase process this year, the company has made upgrades to the Blizzard Store, including a first-come, first-served queue system and a fixed time limit for completing purchases. Once purchased, the tickets will need to be printed out and brought to the convention to allow entry. The first batch of tickets for this year's event went on sale on May 16, and sold out in less than an hour.

Due to its popularity last year, the DIRECTV(R) BlizzCon Pay Per View event will return in 2009, available to existing DIRECTV customers for $39.95 USD. The event will again deliver a minimum of eight hours of live HD coverage from the show floor on each day of the convention, including exclusive interviews, demos, and more. In addition, gamers around the world who are unable to attend BlizzCon will for the first time be able to purchase the Pay Per View event as an Internet stream, also priced at $39.95 USD (pricing and availability may vary by region). DIRECTV customers who order the televised event will receive this Internet stream at no extra charge, allowing them to watch in the format of their choice. Anyone who orders the event will also receive this year's BlizzCon-exclusive World of Warcraft(R) in-game item.

In addition, in the weeks ahead DIRECTV will offer a BlizzCon promotion for those interested in signing up for the DIRECTV television service. New subscribers through this promotion will receive the DIRECTV BlizzCon Pay Per View event, the Internet stream, and the BlizzCon 2009 World of Warcraft in-game item for the price of becoming a new DIRECTV customer.

To keep pace with the continued growth of World of Warcraft as well as development on other Blizzard Entertainment games, the company is currently hiring for numerous open positions. More information on available career opportunities can be found at www.blizzard.com/jobs.

As BlizzCon draws closer, further details about the show, including ordering and programming information for the DIRECTV BlizzCon Pay Per View event and Internet stream, will be announced at www.blizzcon.com.

Best known for blockbuster hits including World of Warcraft(R) and the Warcraft(R), StarCraft(R), and Diablo(R) series, Blizzard Entertainment, Inc. (www.blizzard.com), a division of Activision Blizzard (NASDAQ: ATVI), is a premier developer and publisher of entertainment software renowned for creating some of the industry's most critically acclaimed games. Blizzard Entertainment's track record includes eleven #1-selling games and multiple Game of the Year awards. The company's online-gaming service, Battle.net(R), is one of the largest in the world, with millions of active users.