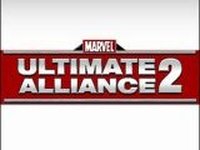 With America on the verge of entering World War II, art student Steve Rogers wanted nothing more than to serve his country. But after being deemed unfit for service, Rogers was told to he could not join up. That was until he was recruited to participate in a secret program dubbed “Operation: Rebirth”. The experiment was a success turning Rogers into America’s first Super-Soldier. Unfortunately he was also their last Super-Soldier as a bullet from a Nazi spy ended the life of Dr. Abraham Erskine, the scientist responsible for the creating the Super-Soldier formula. From that day on, Steve Rogers became a rallying symbol leading the American armed forces into battle. He was given a costume and shield based off of the Stars and Stripes and donned the codename Captain America.

As Captain America, Rogers would also fight alongside the Invaders, a super hero team of the 1940’s that also included The Sub-Mariner a.k.a. Prince Namor and the original Human Torch, Jim Hammond. He would also take on a partner, James Buchanan “Bucky” Barnes. Their final mission for the allies would unfortunately see the two frozen in the waters of the Atlantic Ocean. However Rogers survived and would be discovered by the Avengers some 20 years later. He would go on to lead several incarnations of the team as well as working for SHIELD. As Captain America, Steve Rogers became one of the world’s greatest and most respected costumed heroes until his recent death.

His partner, Bucky was also discovered in the icy waters of the Atlantic during the 1960’s. He was not so fortunate though having been found by Communist Russians who would brainwash him. Using Bucky’s formidable skills and training, the Russians turned him into an assassin known as the Winter Soldier. Though his original handlers would fall, several others would come to manipulate the Winter Soldier over the next 40 years. It wasn’t until a recent confrontation with his former partner that Bucky was freed from the control of his handlers. His time off the grid was short-lived however as the death of Steve Rogers led to Bucky taking up the mantle of Captain America.

Though not super-powered, Captain America has always represented the pinnacle of human physical performance. His strength, speed, agility, durability, endurance and reflexes are beyond even the most accomplished Olympic athletes without crossing the limit considered superhuman. Rogers was the only man to be administered the Super-Solder serum which enhanced all of his bodily functions allowing him to operate at peak condition at all times. Mentally, both he and Bucky are highly intelligent and their experience in battle has made them impeccable tacticians and field commanders. The two have spent years in training, mastering several martial arts fighting styles as well as a number of different weapons. Throughout his time as Captain American, Rogers primarily utilized a shield in combat which he could throw with unerring accuracy. Since donning the costume, Bucky has also used the shield to great effectiveness as well as utilizing a pistol and combat knife.

Given what I’ve seen in screenshots and trailers, it would seem that Steve Rogers is under the mask of Captain America. If that is indeed the case, expect to make use of Cap as a melee fighter primarily. He’ll likely carry over most of his attacks from the first game which include the Shield Bash where he slammed nearby opponents, and the Shield Charge which has Cap dashing forward shoulder first. He should also be able to throw his shield.

In the comics Cap’s been able to ricochet the projectile off several enemies and surfaces and have it return to him. The skill was well represented in the first game as players were able to control the shield’s flight path until it automatically returned to Cap. This attack was powerful when levelled up and obviously gives him the added dimension of being a bit of ranged fighter. Being such a symbolic rallying figure in the Marvel universe, Cap made use of Heroism which was an ability that bolstered his teammates defence. In terms of unlockables, I would like to see the costumes go a little further than what I’ve seen in the previous Ultimate Alliance. For Fusion, I want to see the Nomad or Man Without a Country costumes as well as the recent Bucky Barnes modification to the Captain America costume. I’m also a fan of the stealth costume he wore in the Secret War a few years back.

SnappyDude [ Tuesday, 26th of May 2009 - 10:42 PM ]
ya hoo, i cannt wait for this game so far every hero on my team is confirmed except Dr. Strange. I love this series.
Go ahead and login or register