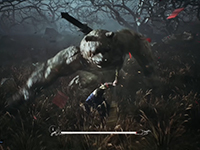 The New Year has kicked off and we have a new tease out there for Black Myth: Wukong. A nice little short video that not only hypes up the game, but also gives us something new to look at, and now a release window to set our sights on as Game Science aims to wrap it all up for the PS4, PS5, Xbox One, Xbox Series X|S, and PC. A release window that seems to push Black Myth: WuKong out a bit further than originally expected, but now set for the Summer of 2024. It is time to dash all of those hopes that you would see this action game this year at all. Thankfully, there is a bunch of animated rabbits to help us along with this. It is that part of the cycle for the Chinese New Year and such.

Some would see this as a delay for Black Myth: WuKong, but as it looks, the 2023 timeline was only a bit of an assumption many had out there based on footage and videos we had seen up to now. The game is still coming along and we just have a better idea of where it is in the current state of things out there. Even if the latest gameplay is only a few seconds long at the end of all of the silliness we have here. The silliness that also pokes fun at the state of PC gaming and the industry itself too. That might just be me reading into things here, but that is the path I am going with for Black Myth: WuKong at the end of all of this. It will help pass some of the time that we have until the game launches, I guess.

Black Myth: Wukong is coming in the Summer of 2024. The release window for the upcoming action-adventure RPG was revealed by the developer, Game Science, in a stop-motion short film created in celebration of the Chinese New Year.

Black Myth: Wukong is set in the 16th Century and focuses on traditional Chinese folklore.

Have you been holding out hope that Black Myth: WuKong was going to launch this year or does this new timeline feel fitting with how things have gone so far? Will the previous generation of consoles be able to play the game when it launches or will we see a vast downgrade between all the versions? Will we at least see a massive amount of new gameplay soon as the team finalizes all of the other moving parts or will there be another big gap between things out there? Tell us all of those thoughts down in the comments and then feel free to discuss it all if you so wish to do so. There will be a whole lot more for Black Myth: Wukong on the site, so please keep checking in for all of that and everything else we can find along the way.