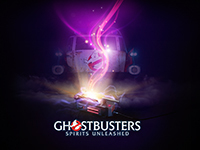 It is that time of year again and thankfully, we have more of the Ghostbusters to experience out there in the world for the Halloween season. This time it is the latest title that IllFonic has crafted out there to give us a whole new way to play a 4v1 multiplayer title. Not only the multiplayer but a way to experience what the game has to offer if we are not cool enough to have multiple friends to strap on the proton packs with. This is not the first time we have seen something like this but is it worth the time and money on your end? Here we go with our full review for Ghostbusters: Spirits Unleashed that has launched out there on the PS4, PS5, Xbox One, Xbox Series X|S, and PC. We all know “Busting Makes Us Feel Good.”

The Ghostbusters have gotten up there in age but the ghosts out there are just not stopping. This is where we come in as a new recruit that needs to help out while getting the mentorship from the Old Guard out there too. At least from the few that are still around in the mix and fighting the good fight out there. To that end, we also take on the role of a ghost that does not want to get busted. That and cause as much insanity out there in the world to make crossing back to the living a little bit easier. It all depends on the side we are on with each having their own full reasons to head out and run amuck in the buildings of the city.

When it comes to Ghostbusters: Spirits Unleashed, it all is able to build upon a formula that the developer has built up for a while now with their various other titles in the past. Given that this is a new title and they do not want to just reskin other games that have out there, that does mean those new elements needed to be added in as well as something to give us that extra flair for the IP. This has to come down to the lassoing of the ghosts in the game that the Ghostbusters are normally good at while giving the game a bit of a change. This was something that felt like it worked in the single-player mode, but when trying to navigate a ghost in the 3D space to the trap in the mix of things, it felt way harder than it needed to be. For me, this led to a massive learning curve to get out of the gate and enjoy the matches when just trying to trap a ghost. It was like a clunky fishing mechanic that just did not function all that well. This would not be a huge thing if it was not required to win the match as one of the busters. There are some workarounds to make it work, but none of it is how the game shows us that it should be handled.

To that end, do not rely on Ghostbusters: Spirits Unleashed to give you the best warm-up to going live with the tutorials and descriptions in the game. Some of them overlay too long on the screen while some just do not give you the full information to help you get into the mix of the game as quickly as possible. On top of the above issue, this comes down to the basics of even throwing out the traps. This is not a hard thing to do in the game and something that any of the Ghostbusters out there can learn by trial and error, but not a great way to help new players to the game so they confidently head out there and dive deep into the game. Sure, this can all be patched out and fixed but it is all worth noting for those looking to get into the game from the start. It may sound like a weird and dumb issue to have with the game but I know I spent more times that I like to recall beating a ghost into submission, then throwing out a trap, only for the ghost to be freed due to the animation sequences that play for it all. This is how it says to go, but there is a better order of operations that should be directed from the start.

Beyond all of that, things are more nitpicky on my end for Ghostbusters: Spirits Unleashed when it comes to things I did not like. Even if I started to ignore and forget that there were so many other things in the game to level up, customize, or collect along the way. There seems to be a lot more than there should be in the game, to be honest. This should be a good thing for those looking to head out in a single-player or multiplayer option of the game unless you are a completionist of any kind. Each bit of gear can be leveled up, independently, and then there are random Spore, Molds, and Fungi littered around the game's maps too. Thus making it a bit more of a bit of micromanagement to me than extra features to be explored in the game. This could just be me looking at the game for the function instead of all of the various Ghostbusters references that could be crammed into the world on top of it all. Nostalgia does get you but can be lost in the mix of all the extra steps the game asks us all to do along the way. Thankfully, all of my issues with Ghostbusters: Spirits Unleashed seemed to be things that are on the growing pangs of the game and nothing in terms of the core gameplay loop. That is where the game truly shines and keeps things interesting with the mechanics we need to play with in the game. Not only are we hunting down ghosts at the core, but we are also trying to mitigate (or cause) as much damage while calming down "the straights" in the map. This is only as the Ghostbusters too, so we cannot just go in and shoot-first-ask-questions-never, but play a perfect balance to hunt, shoot, and trap along the way. If we do not, that just builds into the Ghost's power and the haunt taking off and causing us all to lose the day. Once you start to get into the swing of it all, the basic loop works for a team of one or a team of four to enter in and do what the title suggests. Even if it can get annoying to be covered in so much slime along the way of it all too. It is just a good and fun time.

Then we shift over to the Ghost that the Ghostbusters need to stop during the match. It is not the first time we have seen a similar style of play where we are causing pain and panic in the game's world, but IllFonic does seem to build on the gameplay style here and simplify it for us too. This comes in the way of also being able to summon minions, possess other objects, and straight attack the living out there. All to build up the fear of the building and bridge the realms a bit more. All of this can be done with basic button presses for the most part, unlike other games that require a lot more skill and precision to make work well. So well that I never felt like playing on one side or the other all the time but wanted to randomly switch sides to experience all of the fun the game had to offer up. This was unexpected for me in Ghostbusters: Spirits Unleashed as the team's previous titles usually had me fighting to play one or the other and not both. Even if it is fun to see how the ghost does cause some of the other wackiness that can confuse all of the others in the match.

Lastly, and this was something I did not fully grasp until the end, another thing that these kinds of games usually are not able to do well is the basic communication in the game. I am not talking just voice chat or using various other means to talk while playing with your other Ghostbusters out there, but also in a more subtle way for those not looking to chat live with other players. Between the gear you have and the way that other players are able to move and direct without words in the game, makes it so you do not need to use any of those services. I was playing a match with someone who did not have access to any mics in the real world, but they were able to direct me along the way with them after spotting the spook out there just by using the in-game options. To me, this makes the game much more accessible to all levels of players out there no matter their comfort with the multiplayer space out there. Sure, you can get a faster response by having a live chat, but unlike IllFonic's past titles, Ghostbusters: Spirits Unleashed made things so much easier for a silent team to make it through the game and not just those that have the best setups at home. If you have been waiting for a good Ghostbusters title out there that allows you to fill the shoes of a new recruit, then you have a game here for you. Even if some of the information in the game is not presented in the most efficient way for players, once over the learning curve you can get out there and bust or haunt just as well as everyone else out there. There is still some skill involved, but even the unskilled will have a good time playing and goofing around with the rest of the team. Even if it is made of AI bots or not. There is a winning gameplay system here that is used very well while placing us into the fictional world of the IP. This is truly a love letter to it all while giving us some fun gameplay in the mix too. Even if we all cannot just be the spooks out there hunting down the busters all the time. Ghostbusters: Spirits Unleashed is on the recommend list for certain here. Now I am going to be heading back in to experience even more of what the game has to offer and hope the gripes above are patched out along the way.

I give Ghostbusters: Spirits Unleashed 666 Fungi on the Spores, Molds, and Fungi scale.

Ghostbusters: Spirits Unleashed was developed and published by IllFonic for the PS4, PS5, Xbox One, Xbox Series X|S, and PC on October 18th, 2022. A PlayStation copy of the game was provided by the publisher for reviewing purposes.