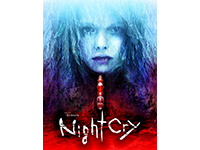 So we have a new short film for Night Cry, the official name for Project Scissors and spiritual successor for Clock Tower, and while it may not give us much of anything for the game it will most likely be one of the more bizarre things you see today. This game is coming from Hifumi Kono, creator of the Clock Tower game series, and Takashi Shimizu, director of The Grudge so we really shouldn't be expecting anything less right? These guys do have some rabid fans out there after all. I mean rabid enough to get Night Cry moved from an iOS, Android, and PS Vita title to a PC and hopefully PS4 and Xbox One title. That is if the Kickstarter for the game goes well.

For now though we get to kick back and take a look at the tone that Night Cry will hopefully have even though the premise is a bit odd. So far it sounds like Clock Tower on a boat…

Hopefully you were not as lost with this Night Cry short film as I was. I will say some of the visual elements and tone for the project is just perfect given the franchise's past so I really do hope that the funding comes through for Night Cry. If early screenshots are anything they are going to need it to give them all more time to make the game look like something we all want and they are off to a decent start seeing as the following are all mobile quality graphics and we know what they could do given a decent budget. Just in case you want to see them here are said screens for Night Cry.

As of right now the Night Cry Kickstarter is about 11% funded for their goal of $300,000 and there is still about 25 days to go. It is looking good that Night Cry could get funded so we all may need to keep a good eye out on this moving forward. Well at least all of us fans of Clock Tower and want to see the franchise thrive again.